E24: Carlos Monteiro on the Dangers of Ultra-processed Foods

E24: Carlos Monteiro on the Dangers of Ultra-processed Foods

Ever wonder how the body processes processed foods? When corn becomes Cheetos or wheat becomes Twinkies, for example, or water becomes Coca Cola? How does the body react, what are the health consequences, and who is responsible for any negative effects? These are but some of the questions that occupy our guest, Dr Carlos Montero.

END_OF_DOCUMENT_TOKEN_TO_BE_REPLACED 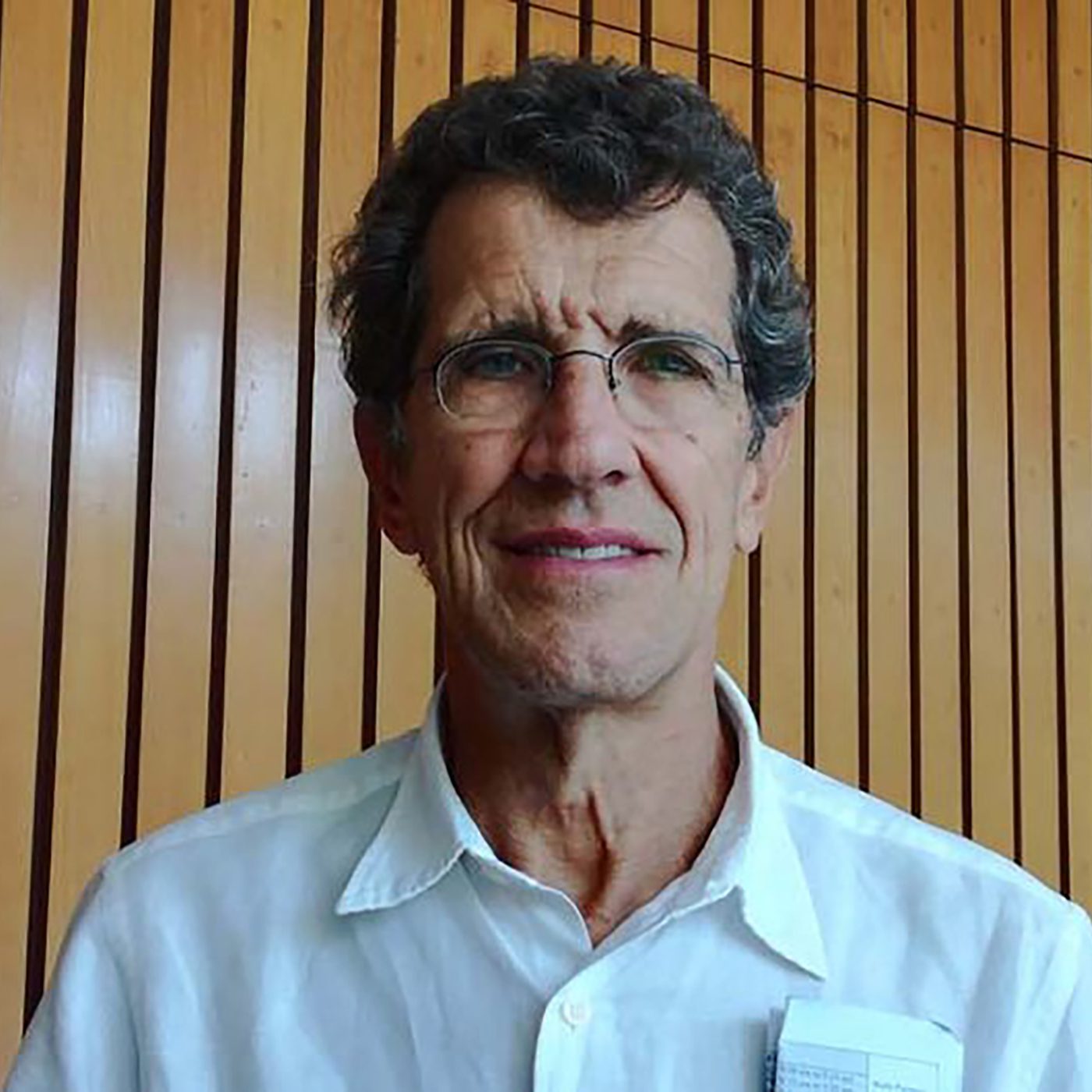 Carlos Monteiro is a professor of nutrition and public health at the University of Sao Paulo in Brazil where he chairs the Center for Epidemiological Studies in Health and Nutrition. His research includes methods in population nutritional and dietary assessment and the impact of food on health. He is fascinated by social trends and by the biological and socioeconomic determinants of nutritional deficiencies and obesity. Carlos has supported the Ministry of Health in Brazil in the development of the internationally acclaimed new dietary guidelines for the Brazilian population and serves as an advisor to the World Health Organization on obesity and nutrition. In 2010, he received the Pan American Health Organization’s Abraham Horwitz Award for Excellence and Leadership In Inter-American Health.

Actually what is new in terms of food processing is that its role in the food system has changed phenomenally in the last 20 or 30 years. So in the past though, until very recently, the role of food processing was essentially to preserve food and to make food preparation easier. So then, this role was important. It’s still very important. But this role leads industry to produce minimally processed foods such as pasteurizing milk for instance, or cereal grains or fermented milk. It also produces culinary ingredients, like plant oils, even sugar that is used to cook these minimally processed foods and also transforms some foods into processed foods like cheese and bread. In all these cases, what we have is modified foods. Ultra-processed foods are not modified foods. They really do not contain foods.

They are a formulation of industrial ingredients–very low-cost ingredients. And this was possible by the development of food technology in recent years. So ultra-processed food actually results from the fractioning of whole foods into components and includes the recombination of these components. So these components could be protein isolates, good be starch, could be sugar, could be oils, could be fat. So then in a way, ultra-processed foods are a recombination of these low-cost ingredients and of additives–and particularly cosmetic additives. So additives that are in these products to make them very tasty, very colorful, very attractive. So in a way, ultra-processed foods result from advances in food science and food technology. But it is not an advance in terms of human health because our bodies simply aren’t prepared to be fed with these formulations because these formulations lack the food matrix. That is something we know is very important for our, our bodies. So essentially ultra-processed food is an invention of modern food technology that allows huge profits, but that is very harmful to our bodies.

You mentioned that the body doesn’t adapt to these foods in the usual way because it doesn’t sense what it’s expecting from normal foods. What are the effects on biology and seeing on the regulation of appetite?

So we really don’t know everything that is associated with these big changes in our diet. But we know some things. We know for instance, that when you do these formulations-combining sugar, salt, fats–all additives that are particular flavors–you produce products that tend to be consumed in excess. So these products and the formulation of these products actually aim to fool our bodies in terms of making our bodies consume more than we need. So in a way, we lose the ability to control the amount of food we need because we are not really consuming food. We are consuming these hyper-palatable formulations. So hyper-palatability is one important characteristic of these products because this can explain in part the fact that we tend to consume too much of these foods. There are also other problems.

I mentioned before that that they are full of additives and when we say full, we are saying really dozens and dozens of new additives every year into the food supply. And in some cases, like emulsifiers, for instance, that is very common in ultra-processed foods. We know that emulsifiers can affect the impermeability of our intestinal cells. So then, we again lose the ability to control what goes in our bodies because these emulsifiers destroy some protection we have against the absorption of some molecules. Artificial sweeteners, another common additive used in ultra-processed foods, we know today that they have a big effect on our bodies. So in a way, ultra-processed food represents a problem because they contain intrinsically imbalanced macronutrients–too much sugar, too much unhealthy fats, too much sodium. But at the same time, they include things that are completely strange for our body like the additives. So then this explains why we see, in epidemiological studies that the more a person consumes ultra-processed foods, the higher the risk of several chronic diseases including obesity, including cardiovascular diseases, including certain types of cancer. So really, they represent a big public health problem today.

You make a compelling case that these affect how much food people eat really in two fundamental ways. One is the foods are highly palatable and so people like them and want to consume more and more and more. But, it also sounds like the normal mechanisms that that stopped eating, the satiety mechanisms are also affected. I wanted to ask you about something that you brought up in particular, you mentioned the impact of artificial sweeteners. What is your belief about what those do?

Yes. First of all, we have to separate two situations. So one person has diabetes type one they should avoid sugar. So this is one case, but that what I’m saying that artificial sweeteners are not necessary for healthy people, for normal people, for people that don’t have a specific disease. If they avoid ultra-processed foods, automatically they will avoid excessive sugar intake. In the US, for instance, we have studies based on representative diet in the US. And when we divided the US population into five quintiles, and we take the fifth quintile of the lowest consumers of ultra-processed foods, they have about 7% of free sugar in that diet. And this is repeated in other countries. So the driver of excessive sugar consumption in all the countries that we study until now is ultra-processed foods.

When you said that these artificial sweeteners are not necessary, is the solution just to get people accustomed to less sweetness in foods?

So all companies–say an automobile company or a clothing company–work to maximize how desirable their products are. In the food companies, obviously, they do the same thing. So can we fault them for making their foods taste as good as possible or are they going beyond this, do you think?

Okay, that’s a very good question. And I’m actually used to doing this analogy with the car industry and the food industry. It’s very clear that the car industry, like other industries, the industries are always trying to reduce the costs of their products. It makes them better. So in terms of cars, you change the type of material that you use. For instance, you do a lot of parts of the car with plastic and not more with metal and we these cars lighter, they are more economical and maybe more comfortable. They have a long duration technology in these cases of what I would say the inorganic industries like in the car industry. They are very welcome, and maybe they have some undesirable byproducts, but this is not a big problem. With food, what happens with food is that when the industry tries to reduce the cost of the final product of food, they do this by destroying actual food and recombining their components.

Essentially that’s the secret of the profits of the ultra-processed food industry. You take some crops that are high yield crops, and you use them in a way to extract the cheapest protein, the cheapest oil, the cheap carb. And then you recombine them into a product of very low cost. And then use all the additives, etc., to make them tasteful and desirable. The problem with this food is that it goes into our bodies. So then we are entering the inorganic world. The risk of having trouble when you destroy the food and you recreate new foods from the components of the original foods is that you lose all the advances that were provided by the evolution of the foods to the way they are in the living world. They have a combination of nutrients and non-nutrients in a way that they make sense for the plant. In the case of a plant. And for us and other living organisms that decide to consume certain types of foods.

The question of ultra-processed food is that they are really no longer foods, in a way. They don’t preserve the food matrix, but at same time they taste and they look like real food. And I think that that’s the origin of all the problems we have. So perhaps we need to admit that we need to be much, much more careful when we apply technology to the food in the food system. So it’s different when you are in the inorganic world, and you are simply replacing metal with plastic. Maybe you can do this in a very positive way. But the same approach probably does not apply to the food world. When you start to provide sweetness, not from sugar but from a molecule that you synthesize and that resembles the same sweet taste–but they are totally different things.

What would you say are some of the most important policy implications of this work?

The implication is that the ultra-processed food industry should be regulated the same way we regulate drugs. We regulate tobacco, we regulate alcohol. What’s different for people to understand is that of course in the case of tobacco, it’s something totally artificial. Something that we shouldn’t consume and it’s more or less obvious because you are putting into your body hundreds of substances that do not belong to our body. Right? But in the case of food, the difficulty is that real food and most foods I would say are safe and we need them. Regulations should be in terms of hygiene and some quality control. But of course, we do not see foods as something that should be regulated as drugs or tobacco, or alcohol.

But there’s one type of food which are these formulations of ingredients that should be regulated. So I’d say that the main implication is that if we assume that there’s a big divide between food processing in the way you make cheese and bread to a situation where you do chicken nuggets or potato shapes or soft drinks–they really are not food in a way. And because they imply a risk for consumers, they should be regulated. And what the ultra-processed food industry does is to say, wow, we all need food. We need to consume food. Food should not be something regulated like other dangerous commodities. But, and I think that’s the main merit of our work, was exactly that. We draw a line between foods what call real foods that should be treated like foods and one particular group of foods, which are ultra-processed food that should be regulated. And we also developed a way to recognize ultra-processed foods in a practical way.