E38: Diego Rose on Environmental Sustainability and our Food

E38: Diego Rose on Environmental Sustainability and our Food

When you make decisions about what to eat, what factors in? Most people think about taste, what food costs, what is available and in some cases the health consequences. But what about the environmental impact of food choices? Our guest Dr Diego Rose has done fascinating work on just this topic.

END_OF_DOCUMENT_TOKEN_TO_BE_REPLACED 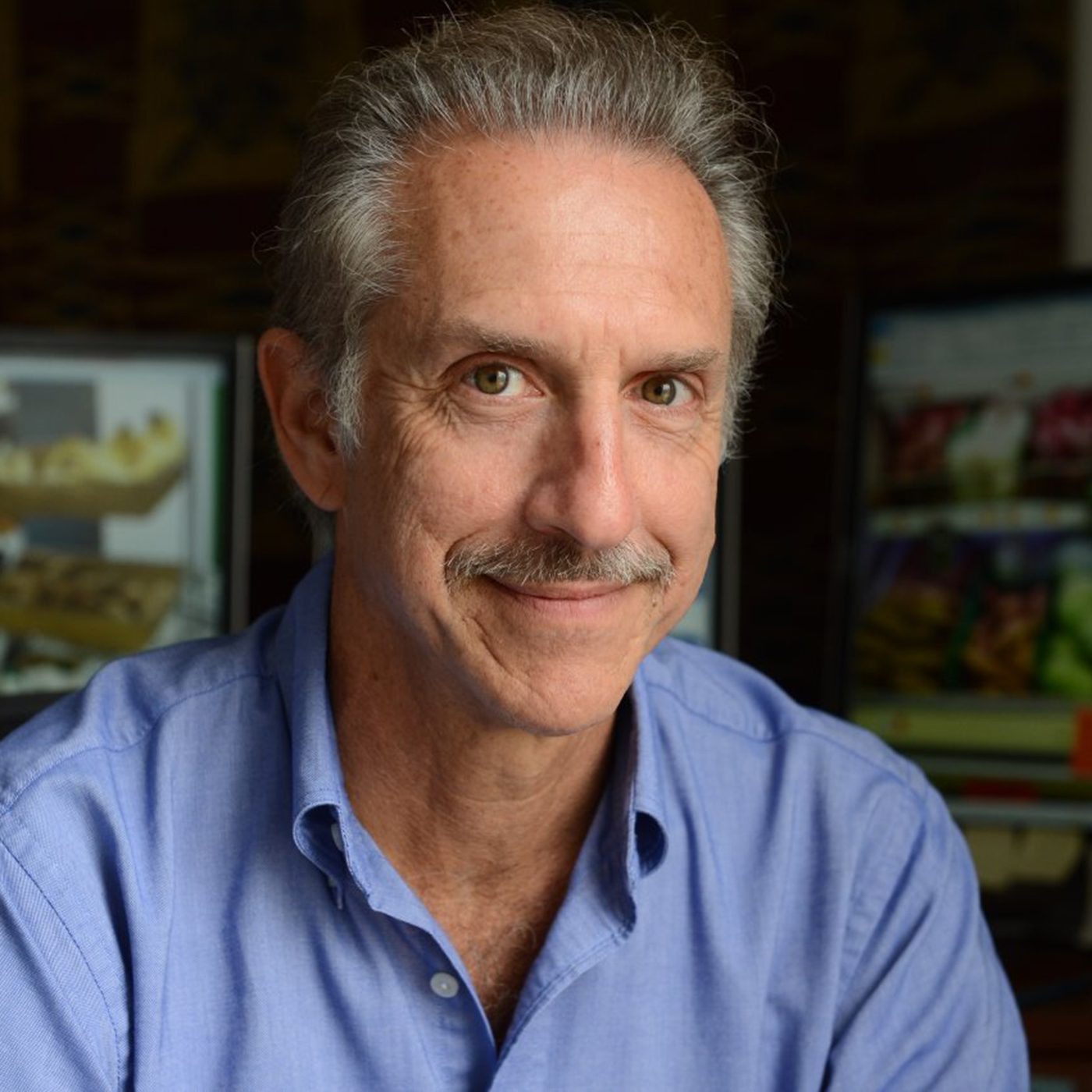 Diego Rose is the Director of Nutrition at Tulane University School of Public Health and Tropical Medicine. He has training in nutritional sciences, public health, and agricultural economics, and his work explores the social and economic side of nutrition problems with a focus on food security, the food environment, and environmental impacts of dietary choices.

So you recently led the development of a position paper by the Society for Nutrition Education and Behavior that was on the importance of including environmental sustainability and dietary guidance. What motivated you to do this and what was the main point of the paper and how does the process unfold for coming to a consensus?

Our environmental problems are so severe. I mean where global warming is something everybody’s heard about. You know 17 of the 18 hottest years on record have occurred this century and there’s just report after report after report coming out from not just one or two scientists, but hundreds of scientists that have looked at the issue and have come out with the latest science on climate change. And so it’s scary. I mean there’s a lot that needs to be done about it and I think we can do it in all sectors of the economy. I think the particular motivation for looking at environmental sustainability in dietary guidance is that our own dietary guidelines advisory committee, in 2015, included a chapter on sustainability in their expert report. That’s done in preparation for publishing the dietary guidelines for Americans. And it basically argued that Americans, by eating more plant-based foods and less animal-based foods, could eat a healthier diet and it would be environmentally more sustainable. That concept, the whole idea of sustainability never made its way into the dietary guidelines for Americans.

What happened there? Why was that?

Well, we have this process in the country in terms of our dietary guidelines which is in two stages. It wasn’t always this way, but it is now. There’s the expert scientific report, and then there’s the political document that comes out of the Department of Health and Human Services and US Department of Agriculture. So as soon as you have a report coming out of the government and there’s people that can influence it, including legislators and lobbyists that influence legislators, then it’s subject to influence by these groups. And so there was a big reaction when people found out that the Dietary Guidelines Advisory Committee was going to include a chapter on sustainability in the expert report. There was even push back from the Congress before that report came out.

You know, I agree that it was historic that the Dietary Guidelines Advisory Committee put sustainability in the context of what people are eating, in terms of nutrition. Too bad that it got scotched by the people involved in politics. But hopefully it’s a sign of good things to come. So let’s go back to the position paper that you did. And talk about your research and the research of others on the carbon footprint of US diets. Can you tell us a bit about it?

Yeah, if I may just to back up? So I mean the motivation then for the position paper, at the same time that this was getting scotched as you put it, was that the Society for Nutrition, Education and Behavior had a call for position papers. They had not done their own position paper in the past and they wanted to do one and so they asked for different topics. We suggested this one. Why not include environmental sustainability within dietary guidance? And the Board of Directors and the editors of the journal decided that was a good topic. They put out a call, we responded to that. We were chosen to write that. paper And so that’s why wrote it. What got us all started on it. We detailed in that article what the current science is right now on the conditions for the environment, what the role is that agriculture plays in that, and therefore why our food choices make a difference.

And then we looked at the specific science that looks at the impacts of foods. It’s called life cycle assessment. We explain that in the position paper. And then we came out with some recommendations about including sustainability and in dietary guidance both at the federal level but also just in classes or in one-on-one’s when nutritionist speak. Why not mention about environmental sustainability? We also talked about recommendations for research, and recommendations for nutrition education practice. So that’s what the gist of the paper is about.

So agriculture is responsible for about a quarter of greenhouse gases in the world. The choices we make as individuals then influence what gets produced. Right away, then our food choices can influence global warming. Just livestock alone accounts for 14% of global greenhouse gas emissions. So that’s a direct connection between our dietary choices and environmental impacts. I mean agriculture also contributes to extensive clearing of forests. It has a widespread a water pollution from nutrient runoff, fertilizer runoff, and over use of fresh water. So there’s, there’s all kinds of problems that agriculture causes.

We recorded a farmer in North Dakota named Gabe Brown who uses regenerative agriculture. And his point is that if you’re going to raise animals for meat there better and worse ways to do it. And the regenerative agriculture approach seems to be one way of minimizing impact on the environment. Do you think that offers much promise to do things like that?

So let me ask a related question. Do you see a connection between a food’s impact on the environment and its nutritional value?

Kelly, it’s really complex. You know, there’s over 40 different nutrients, there’s at least a dozen different environmental impacts that production of a food ] could entail. I mean it just really depends. The generalities that we could make are that animal-based foods have greater impacts than plant-based foods. We eat too much animal protein in this country and not enough fruits and vegetables and whole grains and legumes. We could stand to eat more plant-based foods and fewer animal-based foods. That said there are nuances. And so beef, which as you know, has a very large carbon footprint. but it also has many nutrients involved in it. On the positive side, beef has iron and zinc and all kinds of trace minerals, but then it has saturated fat. So it’s a really a complex dynamic. You have to look at that as a case by case.

Thanks for clarifying that. So do you see this idea of low carbon diets catching on or more people embracing these ideas as they make their own choices?

I see it as catching on. We’ve seen in our own research that young people are more inclined to eat a low carbon diets. I see it with my students. There’s a lot of enthusiasm for whenever I talk about this topic. We see it in our dining halls on campus. There’s a lot more requests now for vegetarian and Vegan offerings. You see it in the popular media, people like Beyonce and Jay Z are asking their followers to eat a Vegan diet. So I mean I think there is a movement towards that. I don’t think people that are concerned about lowering the carbon footprint of their diets need to become vegans. Let me, let me get that out there. You can make a difference just by cutting back a little bit on your beef consumption or your dairy consumption.

Well, so that helps address that last question that I was going to have about somebody wanting to make changes. What could they do? So it sounds like it really starts with, with meat is that correct?

I think if you could reduce ruminant animal consumption that would be the best thing. So we suggest, you know, if you could just cut back on beef. If instead of making beef lasagna, make it ground Turkey lasagna or instead of steak, how about a chicken steak? Like I said previously, chicken has one-eighth the greenhouse gas emissions is beef and it requires less water and all sorts of things. And so that change would definitely improve things. If you went to a plant-based diet, even more so, but it is not necessarily required. Other things that could help, you know, one of the big issues we face is waste. About 30% of our food footprint is comes from wasted food–so food loss. And most of that comes at the retail and consumer end. So if we could plan our diets a little bit better, plan our shopping trips, that would certainly help out. 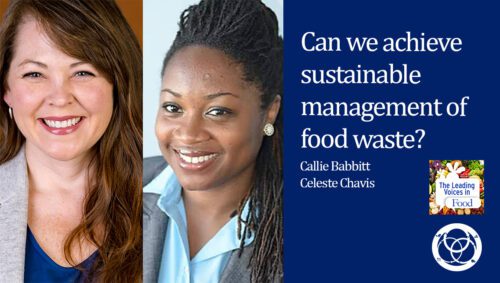 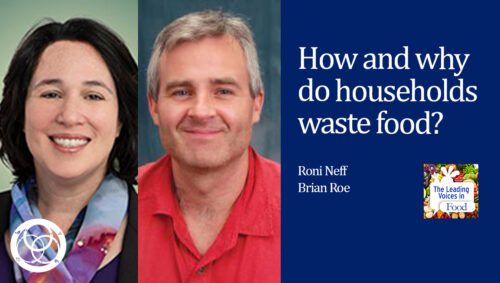 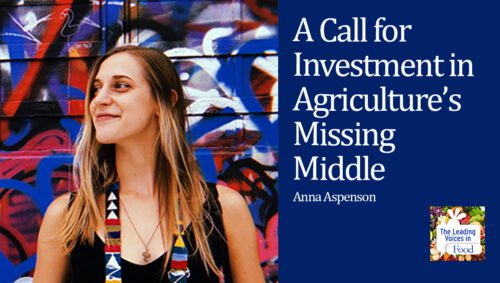 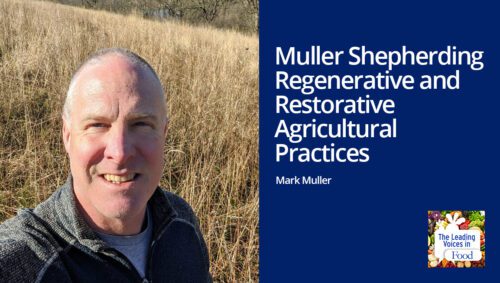