E56: Gwen Pitt on the Changing Roles of Women in Farming

E56: Gwen Pitt on the Changing Roles of Women in Farming

According to the US Department of Agriculture’s census of agriculture, women now make up 36% of farmers and 56% of farms have at least one woman farmer. But this isn’t a surprise to today’s guest, Gwen Pitt of Pitt Family Farms in Edgecombe County, North Carolina.

END_OF_DOCUMENT_TOKEN_TO_BE_REPLACED

Welcome to The Leading Voices in Food podcast, an educational series produced by the World Food Policy Center at Duke University. I’m Deborah Hill. You’re listening to a segment in our Voice of Farming series.

According to the US Department of Agriculture’s census of agriculture, women now make up 36% of farmers and 56% of farms have at least one woman farmer. But this isn’t a surprise to today’s guest, Gwen Pitt of Pitt Family Farms in Edgecombe County, North Carolina.

One of the things that I would like to say is that women in agriculture, there are more women that are into agriculture now, but the way I see it, women have always been in agriculture. They’ve always been either in some capacity, they’ve been here backing their husbands who are out there on the farm and it’s just that the role has changed now to where we’re more out there on the farm because technologies have changed things and the technology has allowed women to … I mean, we do physical labor out there but it’s the combines, the tractors and the equipment is more so there to help with the heavy lifting and now women are able to go out and work more like in the capacity that I do. The younger women, they’ve got the technology of computers they’ve got … they can go out there and handle computers that will tell them what the temperature is in the barn. And so if they know they need to go change it, then go change it.

So the capacities are changing. There’s more women out there per se as far as farming, but in my opinion also women have always been farming. I was like I say, raised in, in Virginia. My dad worked with a rock quarry there and so he was transferred to Fountain. I came straight out of high school and started working at a small bank there in Fountain. So I had about three years of banking and then I left there and went to North Carolina Natural Gas in Tarboro and was working there as a dispatcher. And then when my daughter was born we decided that I wanted to stay home to raise her. As she got older, then of course she didn’t need me as much when she started school, so of course I was called on to help take out tobacco or work on the farm where I could, but not in a full time capacity.

My mom was a seamstress and I enjoyed sewing, so I started making window treatments, curtains, draperies for people just working from my home, which when you’re here at home and you’re working and then your husband needs something on the farm like, “Come move me to another farm.” He calls me right then I have to drop everything and then go. So I was always still in interacting with the farm during that time to help him do that. But I did have that business for about 20 years, stayed busy the whole time, realized that sometimes at Christmas Eve I was still working and I felt like that was taking away from my family.

So I backed off of it a little bit. And then when the grandchildren were born, I have not have not done my window treatment business anymore, but I have now added more to the farm. And it’s not a bad life at all. It’s not, I mean, yeah, I start sweating out there in the heat but I also know that to me whether it’s one seed that’s planted or millions of seeds that are planted, there is a gratification that overwhelms you when you finally see it pop up and you see that plant pop. And to me, that, it’s a good feeling whether it’s in my garden or whether it’s out there when the cotton crop has been put in the ground, the sweet potatoes, when you see that end product and you’re like, “I did that. I was a part of it.” It just really is gratifying.

When I moved here, which I was always, I was in the 4-H up in Virginia, I moved here and Burt was in the Jaycees, he was in the Farm Bureau Board of Directors in Edgecombe County and they had a women’s committee. So I joined the women’s committee where I was asked to be a part of that and also the Jaycees. So I married into those organizations, it seems like. Farm Bureau is an advocate for farming for agriculture and that’s why I decided to do the women’s committee. And it was hard for me when different ones would say, “Well, no. This is not for me.” I’m like, “But you farm and that’s your livelihood and this is an organization that stands up for your livelihood.”

But I mean I’ve stuck with it all this time and then went to the state women’s committee of Farm Bureau and now I have from there learned a lot as far as advocacy for Farm Bureau. I learned how to talk with our legislators, go up to Washington or Raleigh, whichever is needed depending on what the subject is and testify there. Just to be a voice for agriculture is what I’m here for because sometimes when the farmers are in the field, Raleigh can’t call them and think they can go. They’ve got to be in that field because weather reasons, when the crop is ready to come in, you got to get it or if it sits there, it’s not going to be there. So I’m like, it’s easier for me to be able to pick up and go to Raleigh when they need me or to Washington when they need me.

So that’s one of the perks of a woman being a woman in farming. I can go do that. Testifying for farmers can be intimidating and when you go to Washington, you’ve got … everybody is sitting there looking at you and you’ve got to have this prepared and you’ve got three minutes to do it to talk about what the issue is. Farm Bureau staff, we have staff that help us prepare for that. They will definitely make sure that when you get there, you feel comfortable with what you’re going to say, what you’ve written, they’ll help you and guide you and be there for moral support.

So when they ask me to do it, I’m like, “Okay, I need my pointers now.” And they will definitely brief me and help me with what I want to say. So it is, to me, if we didn’t have Farm Bureau, who would the farmers have? Women are advocates now. Women, they play roles on the farm that are different than what they were the last generation and the generation before. And I think they want to be more of a voice.

Women have always been caretakers. It’s just that now we’re trying to take care of the farm too. We look at the science part of it too, we get all the data we can get on it. Like Burt says, we’ve got to trust the scientists. We’ve got to trust those that are putting together these formulas that can save a crop when the bugs come in. Because otherwise, there again, they can’t feed anybody, can’t clothe anybody if the crop doesn’t make it because of the insects and such. Being on the farm Bureau Board of Directors, being in Farm Bureau as many years as we’ve been in, I do appreciate what they do to help educate me on how to speak on the subjects, because people do need to know. They need to hear, and if I can help out, I want to be that voice. 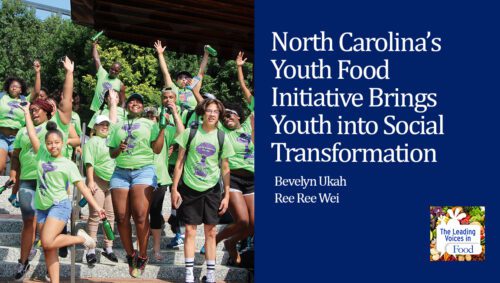 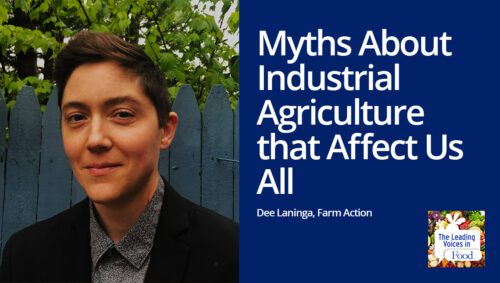 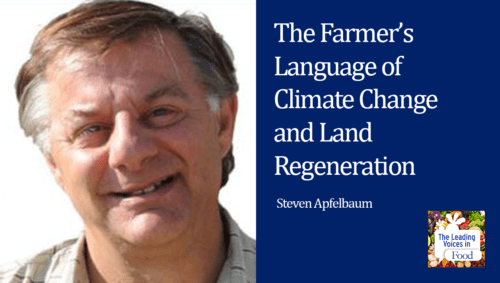 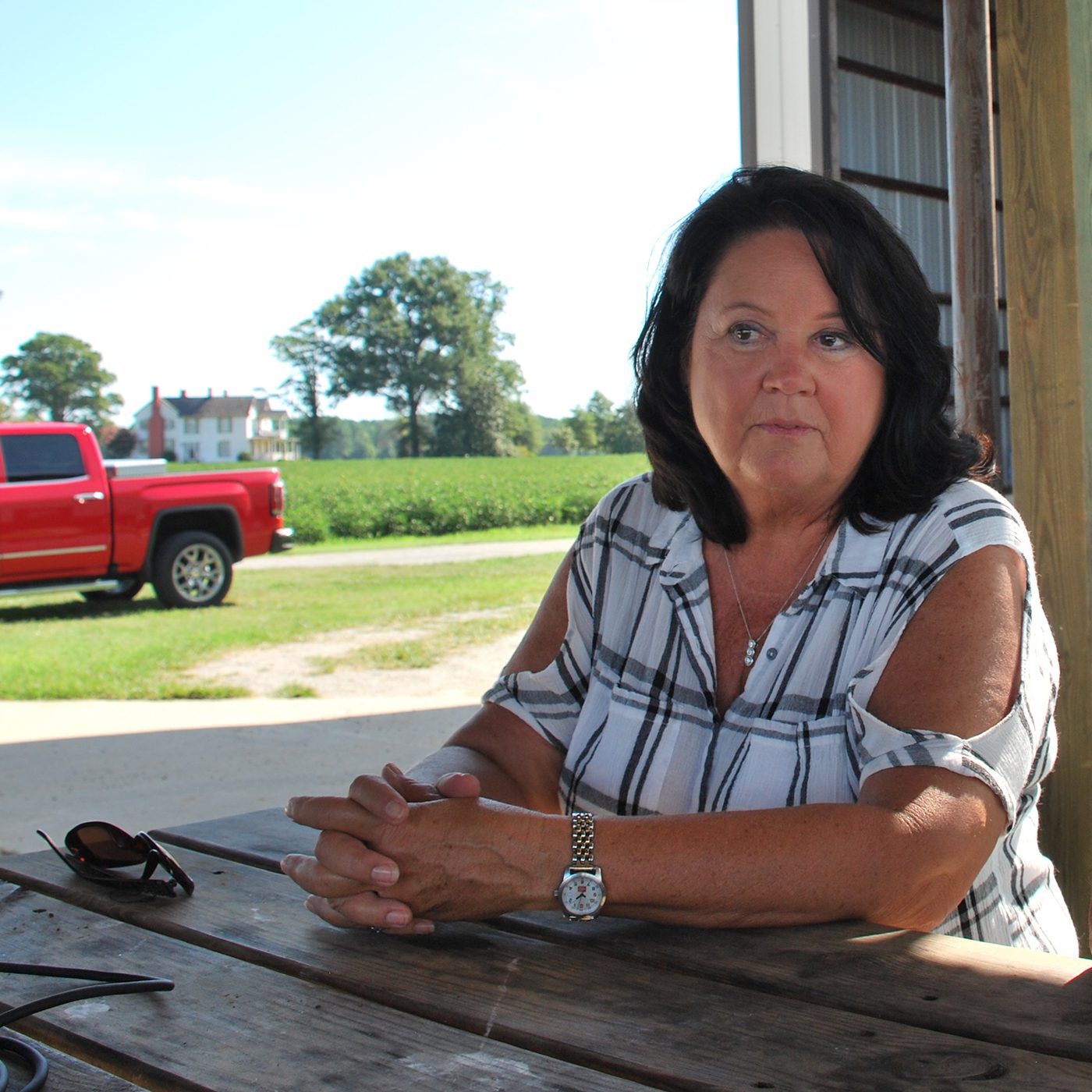 Gwen Pitt is the co-owner of Pitt Family Farms in Edgecombe County, North Carolina. She also serves on the Farm Bureau Board of Directors.