This podcast focuses on why now is the right time to fix the US food system. I’m talking today with Marla Feldman, Senior Program Director at MAZON: A Jewish Response to Hunger, which is a national advocacy organization working to end hunger among people of all faiths and backgrounds, in both the United States and Israel. As our regular listeners will know from previous podcasts, for 36 years, MAZON has worked towards systemic change to address hunger and its root causes. This is done through a combination of initiatives, including programs with low-income populations or problems that have previously been overlooked or ignored, including food insecurity among currently serving military families, among veterans, single mothers, Native Americans, LGBTQ seniors, and the people of Puerto Rico and the territories. This is the fourth in our series of episodes in partnership with MAZON. And this time, we’ll focus on the organization’s work to increase access to nutritious foods in the charitable food network.

END_OF_DOCUMENT_TOKEN_TO_BE_REPLACED

So Marla, I know there’s been a significant shift in thinking about nutrition in the context of food banks, and that this topic was addressed in an influential report that MAZON put out in 2018 titled, “A Tipping Point.” Can you explain what things were like prior to that, and what prompted you to write the report?

“A Tipping Point” did have a significant impact on the field. Prior to the report, MAZON worked for years to improve nutritious food options offered in food banks. It was probably 2005 or 2006 when we began a conversation on the links between obesity, hunger, and health, when not many people in our field were discussing this yet. We then launched our first formal initiative around nutrition and healthy eating in 2007. So “A Tipping Point” was really the culmination of a decade of work for MAZON. After many years of working with food banks around the country, helping them to implement strategies that facilitate the acquisition and distribution of healthier foods, we wanted to collect data to take a closer look at how successfully this work was going, to improve the nutritious offerings through food banks and the charitable food system.

Prior to “A Tipping Point,” there was momentum building in the field for sure, as food banks across the country began to prioritize the health and wellness of those they serve. And they were trying various strategies, including to increase the distribution of fresh produce and other nutritious offerings. But the kind of data gathered in our report did not exist, and has since been instrumental in helping to assist the field to gain even further momentum around nutrition and as a benchmark to gauge progress, especially when it comes to the less-helpful foods in food bank inventory.

So what were the main recommendations in that report and what have been the most significant developments in your mind since then?

Well, “A Tipping Point” was impactful for many reasons, and I’ll talk about in a moment, the recommendations, but I’d say one of the biggest impacts it had was providing data that jolted the field and really served as a lever of change. The data we reported was and still is used to support and fund several important national projects, including Robert Wood Johnson Foundation’s Healthy Eating Research, which since developed HER nutrition guidelines that Feeding America has adopted for food banks to use as a strategy for distributing more nutritious foods. But one of the most impactful findings that we reported, which has been and continues to be cited throughout the field, showed that 1/4 of the inventory distributed from food banks at that time was empty calories, or as some refer to as junk food, meaning that it was not nutritious food. These included sugar-sweetened beverages, candy, and sweet and savory snacks. And that data point was eye-opening for so many. And in contrast, about 1/3 of the food they were distributing was fresh produce. So the recommendations we provided, which included the development and implementation of formal nutrition policies, the development of national nutrition standards, and to update the metric system with one that measures the nutritional value of foods distributed, these recommendations helped many national organizations obtain funding so that food banks across the country who wanted to implement similar nutrition standards had the data, the support, and the strategies to do that.

Now, if I can just editorialize for a moment, this is a big deal because just Feeding America alone is an enormous organization that has purview over food banks all around the country. And if the nutrition standards can change in an organization that big, and others, then vast numbers of people who rely on food banks could be affected in a positive way through their nutrition. So congratulations to you and your colleagues for helping accomplish this, and others who’ve worked in the field as well. And I’d also like to bring attention to the Healthy Eating Research guidelines that you mentioned, which I think are outstanding, and really have been helpful. So let’s change the topic a bit and discuss COVID-19. So during the pandemic, how has the increased demand on emergency food assistance services created even new challenges?

The need for emergency assistance services like food pantries skyrocketed in the pandemic. Nearly 80 million people faced food insecurity at the height of COVID-19. Many people facing hunger also struggle with diet-related health conditions like diabetes, heart disease, and obesity. So it became even more important that food pantries helped promote healthy eating and provided more nutritious foods. COVID-19 also exacerbated the racial disparities that already existed with food insecurity. Black and Hispanic families have always been disproportionately impacted by hunger. And COVID-19 had an out-sized impact on these same communities. One positive outcome has been that food pantries have expanded their community services and support. So they always offered certain services like SNAP enrollment, but the pandemic required them to expand these offerings and reevaluate how they’ll serve the community moving forward, which has the potential to create a positive impact even after the pandemic ends. So the pandemic has also made clear, if not obvious, that charity alone cannot end hunger in this country, it was never designed to do so. That’s why MAZON has doubled down on our advocacy to protect and boost programs like SNAP, which is designed to enable people to get the food they need with dignity. And we were very pleased and excited to see the recent USDA decision to update and increase SNAP benefits so families can reliably access an adequate healthy diet.

So lots of progress has been made, but I’m assuming there’s still a lot that can be done. So why is it important to continue discussing this issue of healthy food options in the charitable food sector, and what do you think should be done?

Well, it’s so important to talk about healthy food options in the charitable food sector, because until the safety net is strong enough, we are going to continue to need the charitable food system to bridge the gap where SNAP falls short. We also know that, unfortunately, some people face obstacles to accessing SNAP, and they still rely on food pantries and other direct service providers. And these obstacles range from policy barriers, to misinformation, to stigma and shame. So a stronger, more robust safety net has already proven to lift families out of poverty until they have more resources and no longer need to supplement their SNAP dollars with a food pantry visit. But right now, some families cannot get by on SNAP dollars alone, and as a result, those families cannot access enough nutritious food to adequately feed themselves and their families. There’s more we can do as well. There are many stakeholders that play a key role in the charitable food system. And one of the most important are the large corporate and retail food donors. As our report revealed, food donations make up approximately 60% of the inventory at food banks. So the food donation stream has a very important role to play in making sure that the food in the charitable food system is more nutritious. “A Tipping Point” aimed to influence food donors and offer solutions, whether through education and engagement, policy, tax credits, or otherwise that would incentivize healthier food donations. So again, all stakeholders, including food donors and the corporate community, play a key role in the food provided at our food banks and food pantries, and all stakeholders can improve efforts to make the charitable food system healthier so that we’re nourishing the people who need this vital support.

E169: Ending Childhood Malnutrition is Within our Grasp
More 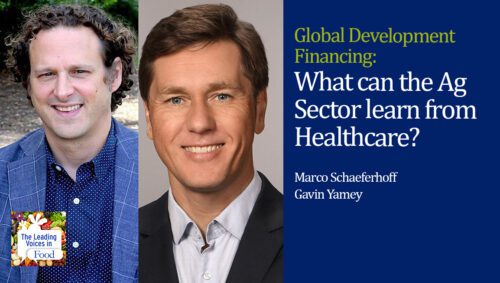 E126: Global Development Financing – What Can the Agriculture Sector Learn from Healthcare
More 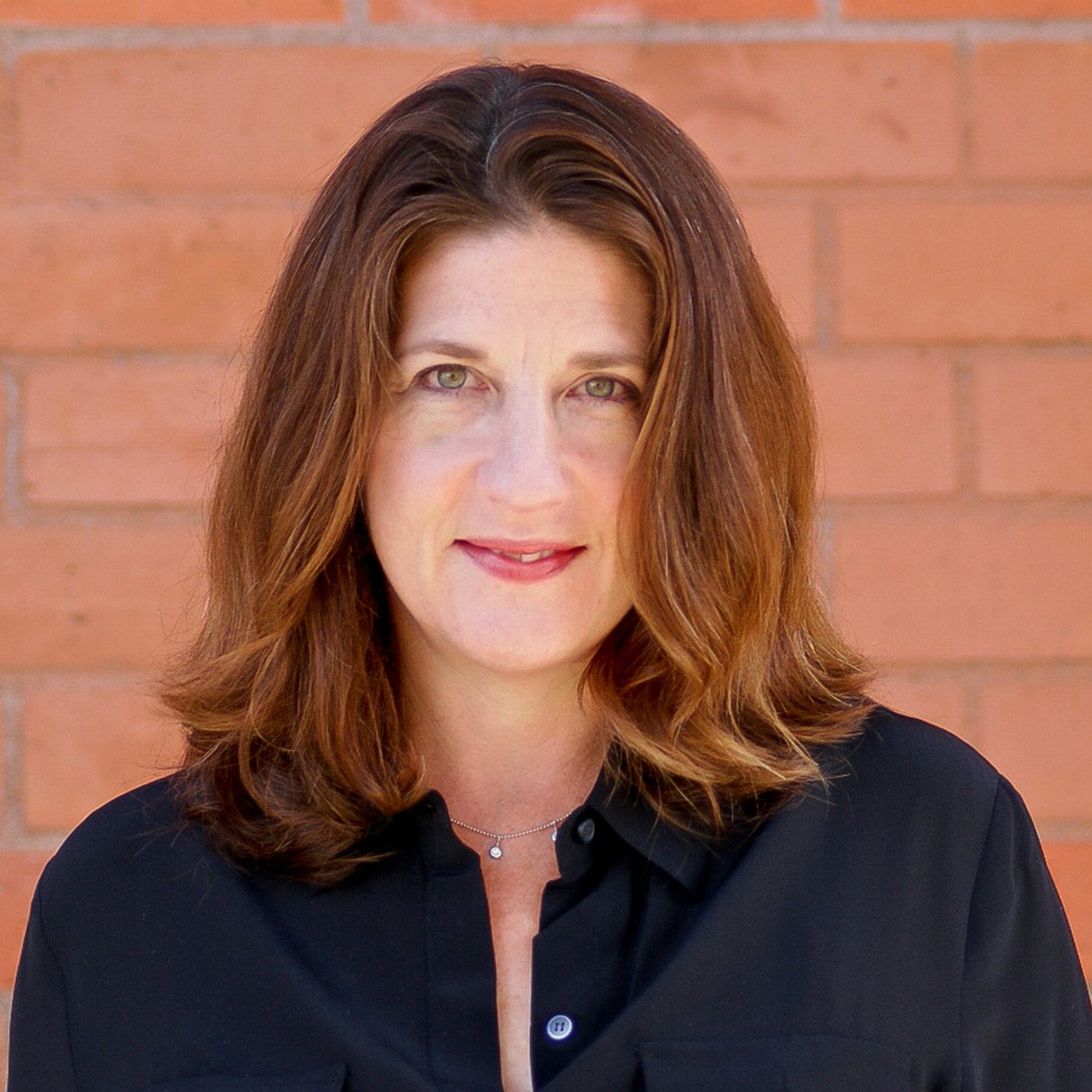 Marla Feldman is the Senior Program Director for MAZON: A Jewish Response to Hunger. Since joining the organization in 2002, Marla has led efforts to promote positive health outcomes and improve access to nutritious food for low-income communities. Marla has spearheaded national initiatives, including Healthy Options, Healthy Meals™, which encouraged food banks to prioritize nutrition and implement strategies to procure and distribute healthier food through the charitable food system. Most recently, Marla conducted a national food bank study and published the findings in the research report A Tipping Point: Leveraging Opportunities to Improve the Nutritional Quality of Food Bank Inventory. Prior to joining MAZON, Marla spent nearly a decade managing small business development programs with the African Development Foundation and the Peace Corps. She holds a Bachelor of Arts in Communications from the University of Maryland.