Imagine you are a manager of a supermarket and you’re working with health authorities to increase the purchase of healthy foods. Let’s say broccoli. What would you change? What comes to mind might be changing price, creating attractive displays or providing information on how to make tasty dishes with broccoli. But there might be other surprising options, according to our guests, neuroeconomist Scott Huettel and Nicolette Sullivan.

END_OF_DOCUMENT_TOKEN_TO_BE_REPLACED

Nikki, many people may not familiar be familiar with your professional specialty, neuroeconomics. Uh, could you please explain what this is?

Absolutely. So the word neuroeconomics comes from joining two different academic disciplines, neruroscience and economics. And so the idea is to use techniques from neuroscience and psychology so that we can gain a better understanding of actually how we make economic and social decisions. The idea behind that is not just to understand why people make the choices that they do but to use that information to help us improve predictions of behavior, as well as to use that information to improve interventions to improve people’s choices.

Well, thank you for that explanation of a very exciting field. Scott, you and Nikki and colleagues did a fascinating study published in the Journal of Psychological Science. What is the main problem that your study was designed to address? Can you explain how the study was designed?

Yeah, I’d be happy to. So we were interested in how people make simple dietary choices such as between an indulgent option, like a candy bar, and a discipline option, like a piece of broccoli. And we know that many people often will choose indulgent options even when they have a long-term goal to eat healthy options. So we want to understand the mechanisms behind these choices and also to identify ways of shaping decisions so that people make more of these healthier choices. So we gave people choices between pairs of food items like again, candybars and broccoli. But for some of those choices we introduce the novel manipulation–something that’s called a common consequence. Now a common consequence us something that you might receive regardless of what you choose. So it’s, it’s a option that you have some chance of getting no matter what else you choose.

Now, decision science says that these common consequences should be irrelevant to your choices, meaning that you should only choose based on the things that differ based on the consequences of your choice. But we had the intuition, based on some other research, that this could actually drive behavio.r so it could push people’s choices around. So we wanted to see how these common consequences could drive choice behavior. And we also thought they might have an influence on how people attend it, that, that they might drive attention in this case toward the more disciplined food items. And so we measured attention simultaneously with the subject’s choice behavior using a technique called eye tracking.

Can you explain just quickly what eye tracking involves?

Yeah, eye tracking involves basically a camera that looks a lot like a Webcam and it uses a very weak infrared light to identify the position of the eye, and basically a reflection off your eye and can identify where you’re looking on a computer screen with pretty good precision. And so we can tell where someone is looking over a display, and identify their location within I would say a few pixels of just difference on the screen and we can measure that about 60 times a second.

So, Nikki, would you describe what the main findings were from the study?

What we found was that when you more discipline foods to a choice set – so something not tasty, like spinach for example, or broccoli – your decisions don’t really change that much. But when we add more indulgent foods, like potato chips or candy bars, as a common consequence, people ended up actually choosing the healthier options more often.

So Nikki, if you are the supermarket manager then, and you were attempting to maximize the purchase of broccoli, how would you take the results from your study and change things?

What we think that we’re doing by introducing these more indulgent foods like candy bars, is that we’re creating what psychologists call a pop out effect. And what that means is basically in a sea of candy bars one green apple will stand out. What we found is that that is drawing people’s attention to the healthier items and making them basically easier to choose. In contrast, the food desert interventions that are often used, they segregate the healthier options, and they remain in a separate section. For example, adding a produce section to a corner market. And that would be easy to ignore, to walk right past it to the potato chips–which is what people do. So our findings indicate that segregating these healthier items is exactly what we should not be doing. Instead, a more effective approach maybe to add these healthier options to the snack food aisle, to draw consumers attention and hopefully make it easier for them to make that healthy choice.

So Scott, why do you think all this happens? Nicky mentioned the pop out effect. Is that pretty much the reason or is there more to it than that?

Well, I think there’s several reasons. So the pop out effect is one of our best hypotheses for why this happens. There’s other explanations that is sense, at different levels. So one possibility is that this pop out effect, is actually part of a process that actually changes how people perceive the healthfulness and taste of foods. One thing that we know from much research in decision science is that the value of an item depends on what’s around it. In the case of food, a food that is surrounded by more healthful items may actually seem less healthful in consequence. And so we did some analyses in this study to look at how presenting these common consequences actually changes how people see healthfulness and taste of food items. And what seems to be the case is that if you introduce these irrelevant common consequences that are very indulgent, so tasty but not healthy, it actually turns out to emphasize the discipline nature, the health consequences, of the foods the person is choosing from. In other words, by putting sort of irrelevant options around it that are very tasty, it actually changes how people perceive the healthfulness of the options they are choosing between. And so this seems particularly important because it emphasizes, as Nikki mentioned, the idea that how you perceive a food very much will depend upon the qualities of the food surrounding it. And some cases very literally surrounding it as in the case of an array of food in the supermarket or corner store.

Does it also affect how people perceive the less healthy options?

Yeah, so we think it does. Although one thing that was interesting is we had an asymmetry in the results. So we found, as Nikki mentioned, that these common indulging consequences pushed people towards making more disciplined choices. Well that’s great. I mean that’s what we wanted to see if there’s an intervention. But the math predicts that we should see it in both directions. We should actually see if people have, in this case the common disciplined consequence, it should make people make worse, indulgent choices. And we didn’t see that there was a increased number of indulgent choices in this study. Now, one feature is that people tend to default to indulgent choices. And so there’s a possible floor effect that people were all ready so biased toward making indulgent choices, there’s just not much room to push them more toward those choices. So we think that the mechanism should work in both directions. You can push people toward making better choices or worse. But in our study, we only found the one direction: pushing people toward making better, more disciplined choices by introducing this manipulation.

Well, this work is absolutely fascinating, Nikki, here do see this work going in the future and sort of applications do you think it may have?

The idea that you can introduce a sort of disciplined item to a larger array of indulgent items to get people to make healthier choices, I think that is a very interesting avenue for future food desert interventions to try. Because as far as I know, they really haven’t tried anything like that before. And our results suggest it could have a profound impact on people’s choices. 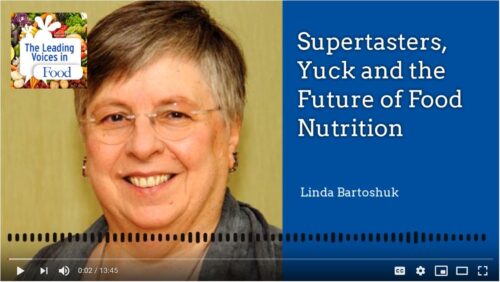 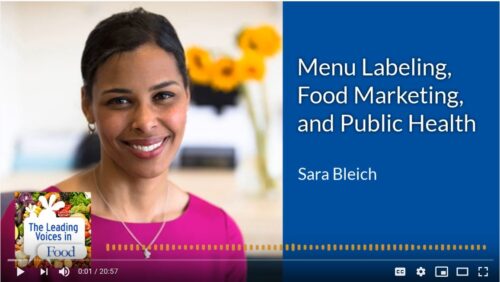 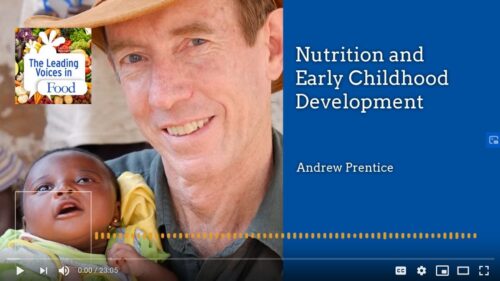 E2: Andrew Prentice on the Genetic Legacy of our Nutrition
More 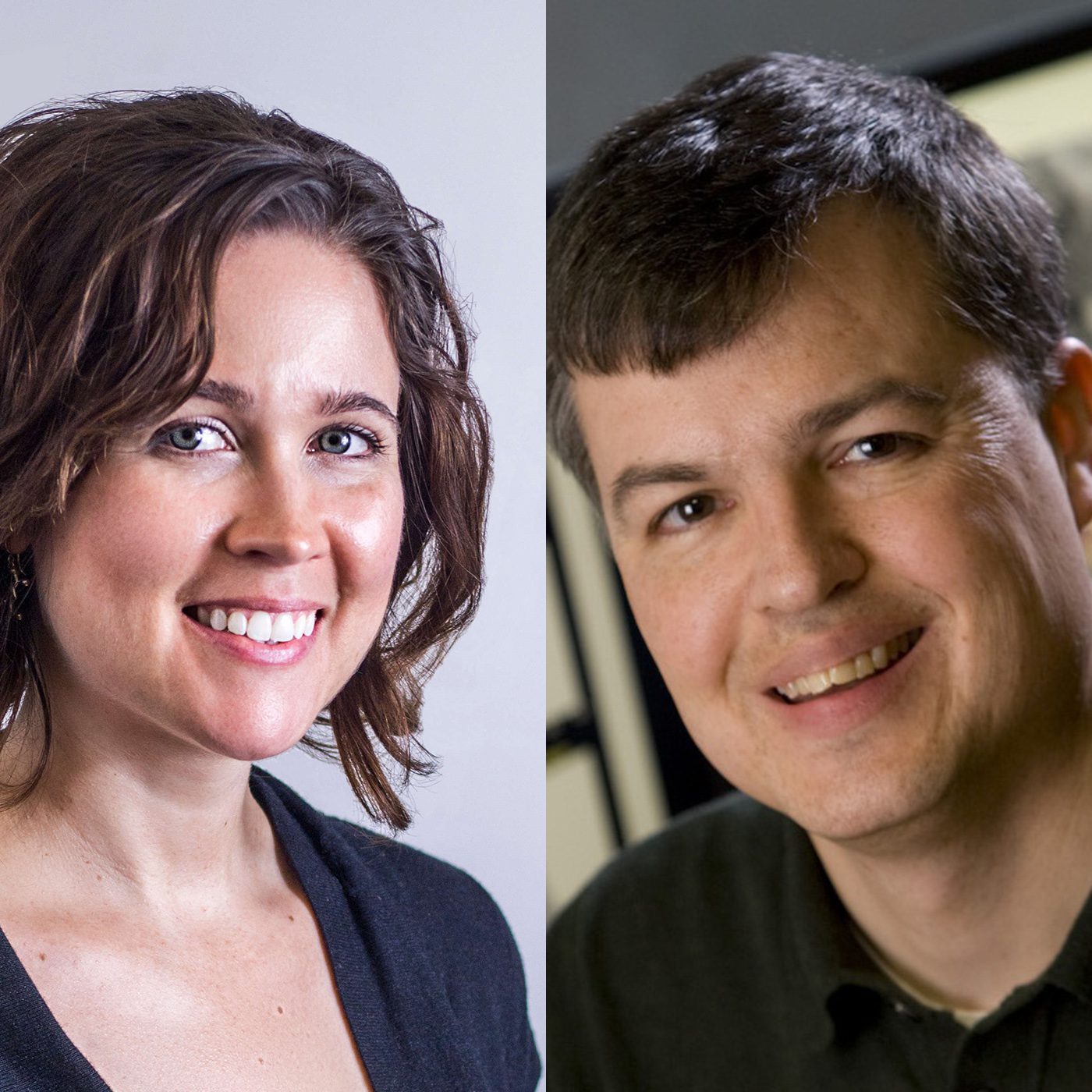 Dr. Scott Huettel is Chair of the Department of Psychology and neuroscience at Duke University. Nicolette Sullivan is finishing a postdoctoral fellowship at Duke before joining the faculty of the London School of Economics as assistant professor of marketing.