Stigmatizing people based on factors such as race and sexual identity is being tolerated less and less. But what about stigmatizing people with issues that some believe are under personal control, such as use of drugs and alcohol or obesity? Can negative attitudes encourage people to change? Dr. Janet Tomiyama explains.

END_OF_DOCUMENT_TOKEN_TO_BE_REPLACED 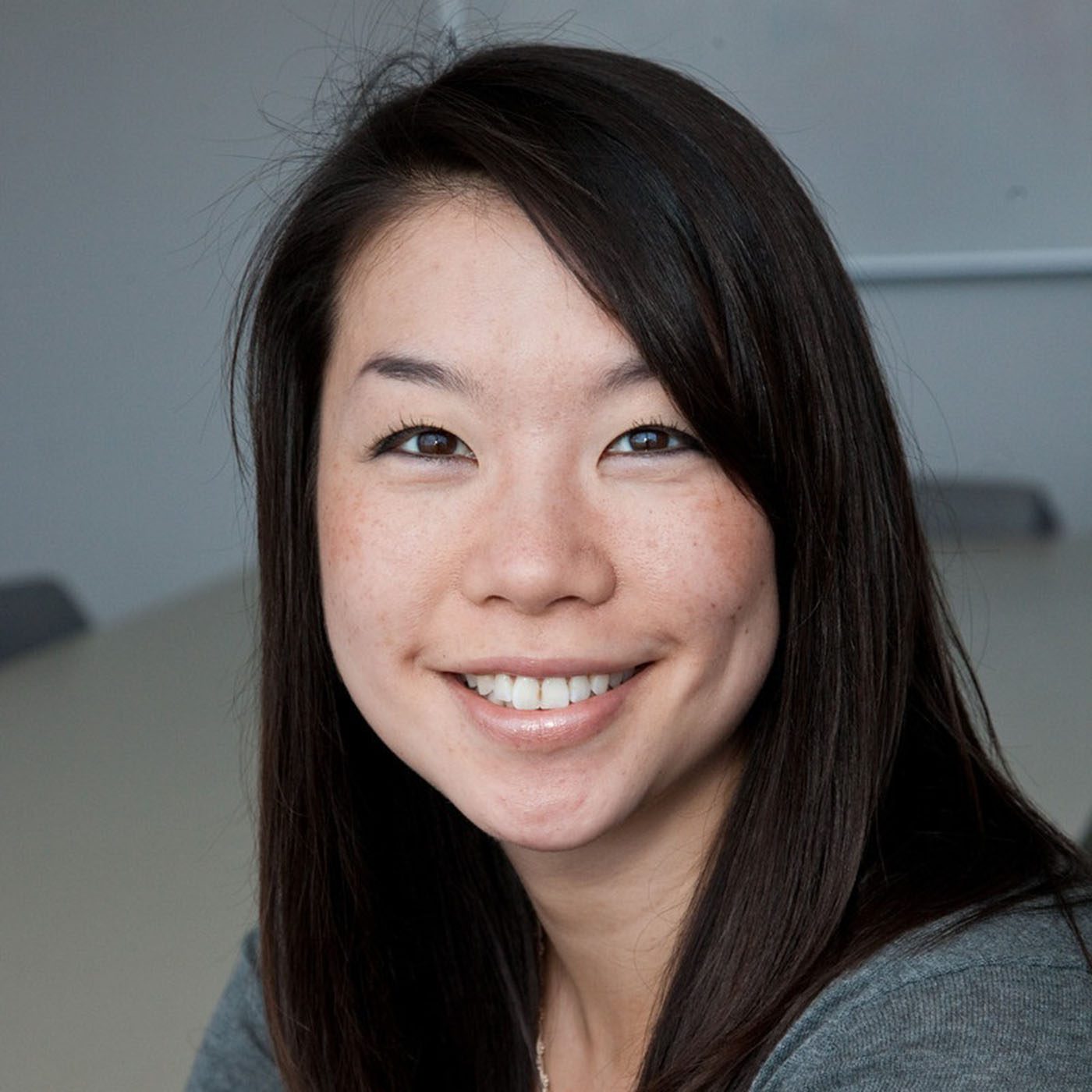 Janet Tomiyama, Associate Professor in the Department of Psychology at the University of California, Los Angeles and Director of the Dieting, Stress, and Health (DiSH) laboratory Janet studies the biobehavioral and health consequences of stress, dieting, and weight stigma.

Can you give us some real world examples of weight stigma?

Sure. There are dramatic examples I could give you. The case of Rebecca Hiles got a lot of press recently where she kept going to the physicians and saying, “oh, I’m really short of breath. It’s really hard for me to breathe. I’m experiencing a lot of pain.” And they said, “well, okay, that’s easy. You just need to lose weight.” The doctors couldn’t see past her size and her body shape, and it turned out that actually she had lung cancer. And we also know that weight, for example, is the number one reason that kids are bullied. There’s also day in, day out types of weight stigma, and discrimination and prejudice. So we just completed a study where we asked people about weight stigmatizing experiences as they went about their everyday lives. One person said, “I went in the store to try on clothes, then the sales person told me that they didn’t have anything my size.”

Weight stigma from strangers was something that was commonly cited. This one says, “I was at the gym playing ball and one of the other guys said, I’ve got the fat guy.” So, I think this example shows it’s not just women who often have very high levels of body concerns, that in fact weight stigma is something that affects men as well. And then, an example that echo’s what Rebecca Hiles experienced, which is, “I was at the doctor’s office, and of course I was told I need to lose weight as if I’m not trying.” So across all sorts of sort of domains in life you see anti-fat bias.

So Janet, there must be no normative experience here because everybody has their own experiences. But, give us an example of how often this kind of thing is occurring in people’s lives.

Well you can imagine if somebody was experiencing these things in childhood, and then as an adult as well and it’s happening several times a day, I mean, that’s like thousands and thousands of exposures to stigmatizing experiences. You can only imagine what impact that would have on people.

Absolutely. The day in, day out nature of it I think is really something that can add up, impact somebody’s mental health, but also physical health.

So why should we be worried about this?

Anytime we’re trying to make somebody feel less than, that’s not a situation we want. Plenty of research showing that weight stigma induces negative psychological experiences. As you might imagine, anxiety, depression, and such. But, beyond how weight stigma makes you feel, the evidence is mounting that it actually harms your health. We see in studies that experiencing weight discrimination is related to future cardio-metabolic health problems. So higher blood pressure and higher blood sugar. We also see that when you experience weight stigma, actually that predicts weight gain in the future. Several different studies now showing that if you experience weight discrimination it’s related to a future increased risk of mortality from all causes. The point I want to make here though is, these findings are independent of, or a net of, or regardless of your actual body mass index. It’s not just that heavier people experience more weight discrimination and at the same time heavier people also have poorer health. This is, no matter what you actually weigh, experiencing these things is what is predicting the future negative health outcomes.

Janet, let’s go back to this issue of how weight stigma gets under the skin and how it affects people physically. Is it through stress that these things are occurring, or how does all that biology work?

I came at this actually as a stress researcher, and something that I knew of all the different stressors we encounter, so anything from losing your job to jumping out of a plane, of all the different kinds of stress, I knew that it is the stressors that are (A) evaluative, meaning they involve some sort of judgment, and (B) stressors that are uncontrollable. That these are the kinds of stress that are the most listened to in a way by the body, meaning that these are the kinds of stressors that actually engage your stress systems the most. And you can measure that looking at the stress hormone cortisol. One thing that cortisol does is it actually makes you gain weight, so it makes you deposit calories as fat, especially in your belly region, not visceral fat, that’s really related to poor health. Cortisol also drives eating, so a lot of stress induced eating happens through cortisol increases. And cortisol also potentiates your reward pathways in the brain, so they make high sugar, high fat, high calorie foods really, really rewarding and tastes really good. Gosh, that’s a vicious cycle that we’re setting up there where the weight stigma eventually begets even more weight gain, which could put you at risk for new experiences with weight stigma.

Some people might argue that weight stigma actually works to get people to control their weight. What do you think about that?

First of all, I take issue with any sort of policy that is predicated on making people feel bad, just from a human being perspective. There are leading medical ethicists who have said, we should be using weight stigma to motivate people to lose weight, and we should be using weight stigma to make people wake up and realize that they’re heavy and they need to do something about it. There are also proponents to say, hey, stigmatizing smoking really worked well. We made smoking uncool and now we have the lowest rates of smoking that we’ve ever seen in this nation. But also, all of the evidence is so far showing that no, you stigmatize people and it actually backfires. Though as I mentioned, cortisol secretion occurs and then you eat more and you gain more weight. There’s also research showing that people who experienced weight stigma, they’re less motivated to exercise. And this makes sense to me. If someone just made you feel bad because of the way you look, do you then want to put on tight clothes and go to a gym? I think it’s pretty clear and easy to see how weight stigma would actually backfire as a policy if what you’re trying to do is help people engage in healthier behavior.

Where do you think research on this topic will go in upcoming years?

There are lots of pathways by which weight stigma gets under the skin. I’ve studied cortisol, but there are lots of other ways. So for example, we know that stress can trigger chronic inflammation, and inflammation is a driver of many different health problems. And so I think really digging into the biology here will net some fruitful outcomes. Another area where we’re really, really lacking in good ideas is how to intervene. So how do we get people to be less biased? All the interventions we throw at this, they work a tiny bit, but they don’t work that great, so it’s really hard to know how should we eradicate these really high levels of anti-fat bias in society? We did one study where we tried to use a perspective taking intervention, so we actually had people who were not heavy put on a fat suit and walk around campus, just walk a mile in the shoes of somebody, sort of an empathy and perspective taking intervention, and that just completely failed it. It did not serve to decrease anti-fat bias, and if anything, it looked like they actually increased a little bit in anti-fat bias. I think we need to figure this out. I think we can take some cues maybe from other types of socially stigmatized domains, anti-racism, anti-sexism interventions. But, this is a sticky thing that everything we’ve tried so far hasn’t really worked. 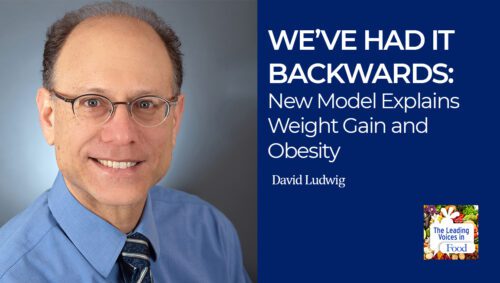 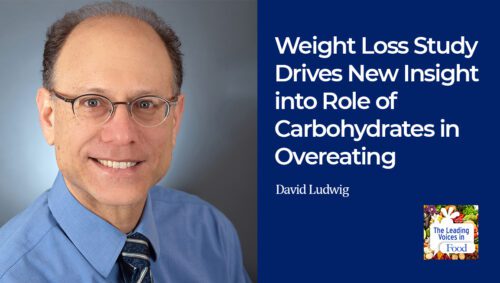