Fraud. We hear about it a lot. Financial fraud, political fraud, and more, but food fraud? It turns out that this is a more significant issue than one might imagine. Dr Amy Kircher, director of the Food Protection and Defense Institute at the University of Minnesota is a leading voice on this issue.

END_OF_DOCUMENT_TOKEN_TO_BE_REPLACED

You and I had a conversation last year when I was fortunate enough to visit your center at the University of Minnesota in which you described your work on food fraud. I found the topic and your work on it. Absolutely fascinating. I would love to have you share some of your insights with our listeners. I’d like to begin with asking you, what do you mean by food fraud?

Thanks Kelly. Food fraud is the misrepresentation of food as expected. And so by that I mean some elements of the food that we’re purchasing different than what we think we’re paying for. So it might be that a food has been diluted. An example would be adding water to lemon juice, or it could be a complete substitution of a particular either whole part of the product or a component part. So species substitution of fish is a great example where a fillet, a white filet of fish has been substituted for a more expensive filet of fish.

I remember a very public example of this when people were talking about olive oil. Could you tell us about that one in particular?

Certainly olive oil has gotten a ton of popular press, and certainly has been a real leading issue that we can research and then understand why this food fraud happens in this particular commodity. So olive oil, especially extra virgin olive oil or high end olive oils, come from a particular region or have a particular method upon which they’re produced. Now, to make money. Fraudsters might dilute that expensive olive oil with something that’s substandard or something that isn’t the same caliber of what’s being sold as represented on the bottle. So we’ve seen significant issues in substitution in olive oil and unfortunately in the 1980s it was fata in that somebody substituted industrial oil for cooking oil and several folks were killed.

You just answered the question that I had. I was going to say certainly consumers stand to get ripped off by this, but it also sounds to have health risks.

Absolutely. So we sort of park the our work into two camps. The first camp is you’re getting, as you said, ripped off. So there’s some fraudulent activity, but it doesn’t create public health harm. And then the other category where we spend a lot of our time and we’re more concerned is where there’s an element of public health harm that could result from the fraudulent behavior. Often we see that in products that have substitutions in them or are mislabeled. A great example was several years ago we had Cumin that had peanut protein in it because it was boosting the color of the Cumin, which didn’t have a great harvest season. All of a sudden you have an undeclared allergen in a spice that no one expects to be there.

Wasn’t there a celebrated case of food fraud occurring in infant formula being produced in China?

Unfortunately, infant formula has been all too often an example of fraudulent activity. Part of the reason is, especially in food fraud, we see that people enter and become fraudsters because they can make money. So those things that have a high price point is one area that we see a lot of fraudulent activity. So infant formula, spicy spices, seafood, all of those areas because of the higher price point, people think they can make more money.

Boy, it’s heartbreaking isn’t it? To think of groups like infants being affected by this?

Absolutely. I think the infant group, certainly. I can’t imagine being a parent of a child with allergies like peanut allergies and seemingly harmlessly adding a spice to maybe your family recipe of chili and then all of a sudden having someone go into anaphylactic shock. So it really is challenging in paralyzing to think about the catastrophic outcomes that could result from food fraud.

So the discussion you and I had when I was visiting, you said that food fraud can sometimes be precipitated by changes in the world supply, through events such as political unrest or weather disasters in say other parts of the world. How does this happen?

We spend a lot of time looking at, for each case that we uncover, what triggered this particular fraud, fraudulent events to happen? So why is there some vulnerability in the system that a fraudster could expose to make money? We often see that there are environmental conditions or current situations that create this opportunity. So perhaps it is an adverse weather event where there’s been a frost and we’ve lost a particular produce. When that happens, someone else will enter the market to fill a void. A lot of times might be a fraudster who’s looking to make money. Certainly political unrest is another case where we may see some alteration in the supply and the demand, allowing an opportunity for someone to enter the market. I would also say just human behavior. So what we as consumers demand may create a demand curve that the supply cannot keep up with. And, therefore fraudsters enter the market. A great example is pomegranates and pomegranate juice. So when there was a huge consumer demand by perceived and I think actual health benefits of pomegranates, there was all of a sudden a flood of products available on the market, some of which had no pomegranate in them.

It’s remarkable to hear about this. It sounds like some of your work then is aimed at producing predictive models or an algorithm, if you will, about what set of conditions might make certain parts of the food supply most vulnerable to this? And you mentioned political changes or weather shocks or things like this. Tell us how you construct a model like that and how it would go about predicting likelihood of food fraud?

Thank you for asking. It’s a topic I’m super excited about. Certainly we’ve been very reactionary in our attitude to food events. So if you think about food safety, people have to get sick before we investigate. Well, there’s a delay–the event has already happened. My argument is that we can be predictive in our ability to look at where potentially vulnerabilities lie such that we can put mitigation steps in place before a consumer even purchases the food. So when I think about big data and algorithms and this predictive aspect, we need to understand what creates a condition for fraudsters to operate. We know that when there are shifts in supply and demand that happens. And so we look to what creates those shifts. It might be a weather event, potentially it is a trade event.

So when we start capturing those triggers that result or have resulted in fraud, we can then proactively look at those triggers in the future. So if we projected there’s going to be an adverse weather event or that there’ll be a trade situation, we can better understand the cascading effects of that such that we can put mitigation steps in place. So let me give you an example. One would be, we knew that Ebola was in West Africa in 2014-2015. Most of the world’s cocoa is also produced there. So we could anticipate that we would have less cocoa coming out of West Africa during that time period for a whole variety of reasons, whether it’s transportation or it is harvest. We also know that fraudsters have diluted cocoa with other things like arrowroot or dirt. So for a given period of time, our mitigation step should be test cocoa for purity. And if we don’t see it, we know that fraudsters have been involved in that particular commodity,

I can imagine the food industry being keenly interested in your predictive models because as they are getting the supply of things that they add to foods to create the finished product. For them to know in advance when to do special testing would be enormously helpful, wouldn’t it?

It would be. I would argue though, I don’t think food companies, unfortunately, are structured to be able to look at this data. So one thing we have to do is we have to work with food companies to understand how best to deliver this information so that it informs not only maybe their food safety teams, but their procurement teams or their supply chain teams so that they understand that this prediction may affect the ingredients that they’re sourcing. So we’ll have to build a stronger relationship about where do we put and package this data for a company to be most useful in their decision making.

Where in government nationally and globally does the watchdog function occur?

So unfortunately, because we don’t have one central food agency, it sits in multiple locations. So it will sit within the agency that regulates that particular food. Now primarily that would be the USDA or the FDA. However, there are several other departments that regulate different foods. So it is a dispersed regulatory activity and the surveillance also sits within those authorities.

E159: Ultra-processed Foods Have Addiction Impact on our Bodies 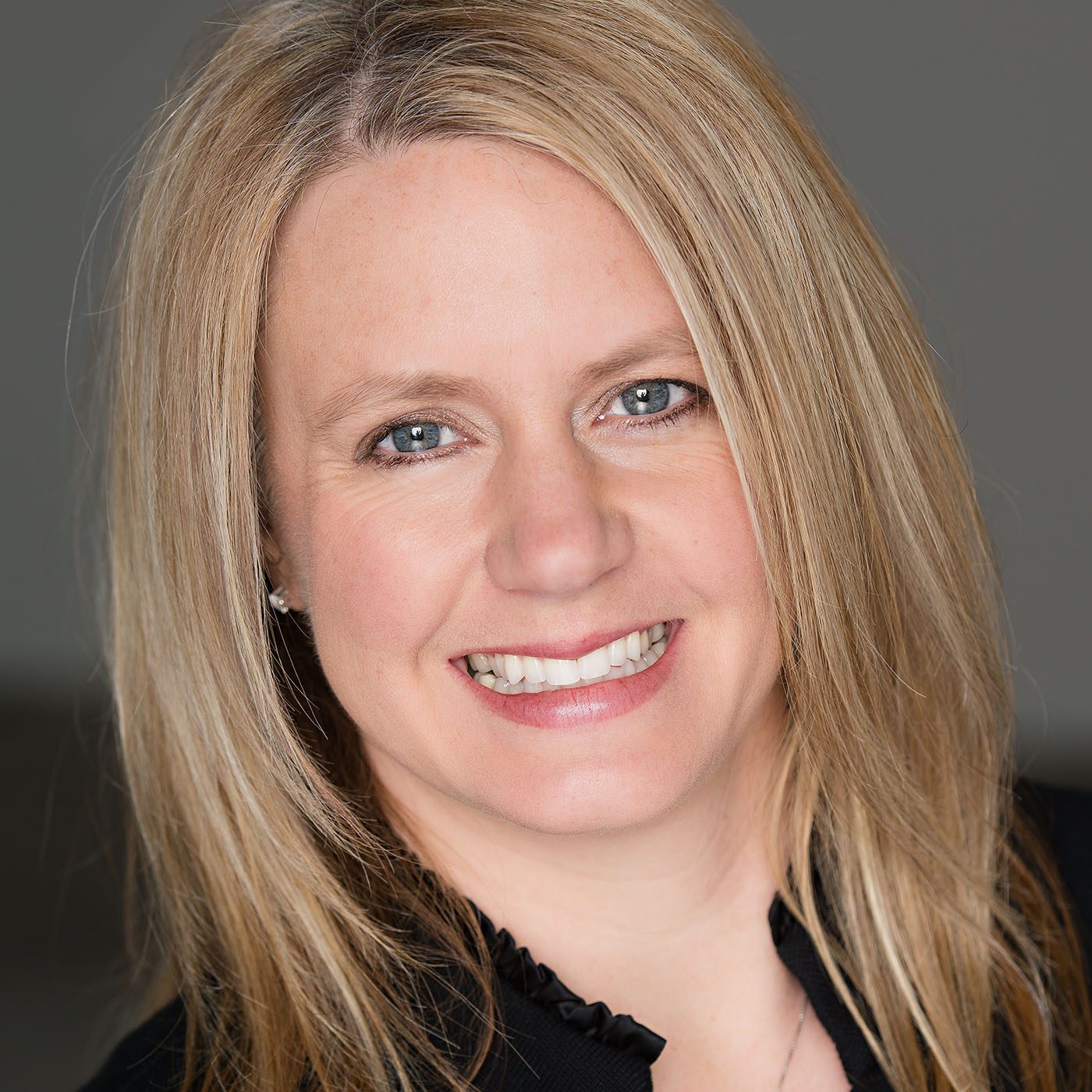