When Americans hear the term national security, I suspect few people would think about food in this context. Our guest, Thomas Bollyky is an ideal person to explain why this may be a glaring oversight.

END_OF_DOCUMENT_TOKEN_TO_BE_REPLACED

Tom, thanks so much for joining us. Let me begin by asking a fundamental question. What are the food policy issues that that you think should be considered in the national security context, and why should we be concerned about these things?

Thanks for having me. What I would start with is that there’s a long history of food and agriculture influencing changes in demography and international trade in the way that affect our security or stability and wellbeing. Jared Diamond has famously called agriculture “the worst mistake in the history of the human race,” and he did that because the shift to agriculture led to growing populations and grouped people in permanent settlements and led to increased trade, and these conditions, he would argue, led to shorter lives, more tyranny, and more conflict and the spread of disease.

That’s certainly a provocative notion, but it is after all consistent with what’s put forward in the Book of Genesis in the Bible as well, where the man is cast out of the Garden of Eden and condemned to a life of farming. Now, it’s hard to disagree with Jared Diamond and the Bible, but probably the joys of foraging are a bit overstated, but the links that they perceived, or he perceived, between food and the way we grow food and the way we consume food and its links to population growth and urbanization and shifts in trade and disease, all that is true and continues to be true today.

Urbanization affects food because people that live in cities demand more and better food and protein-dense food, but also the way that these cities have urbanized have led them more food insecure and they’re more reliant on imports than we’ve seen in the past. There was a famous economic historian that referred to these cities as Romes without empires, and the idea was that they were unable to draw agriculture from the surrounding areas and had to draw it from abroad. That’s really what we see in a lot of Sub-Saharan African cities and to some extent in South Asia. That leaves the populations of those cities more dependent on food from abroad and more vulnerable to food spikes.

Last thing I would point out in terms of the national security links and food is on disease. The consolidation of the food trade globally leads to less diversity in the food that we consume and shifts to more protein-dense food and more staples, and that has led to, and you know this well from your work, a big increase globally in the rise of obesity and non-communicable diseases like cardiovascular disease and diabetes.

All of these trends, increasing population, more urbanization, shifts in disease, are exacerbated by of course climate change and the environment which affects crop yields and nutrition. So the concerns that we have around national security, to sum up back to your original question, are really the ones that we’ve had historically, but they’re happening at such a larger scale now and with such a speed that really is raising, and should raise, the concern of national security policy makers.

Tom, you paint an amazing picture of how various things are connected with one another in complex ways. One would hope that food policy would reflect these connections, the effect of one thing on another, on another and another. Is this in fact the way food policy is getting made?

Well, there is good news and bad news here. The good news is that really around 2007, 2008, there was a broader recognition of this need for a more integrated approach to food policy internationally, for the U.S. government at least. International agricultural support had really fallen off the map for the U.S. prior to that. But you saw this rise in food prices in 2007 and 2008, largely driven by increased oil prices, making fertilizer more expensive, making transport of crops more expensive. But it led to, on three continents, price rises, in some cases, of commodities of over a hundred percent and it led to riots.

That really caught the attention of the U.S. Congress and ultimately of the Obama administration to try to address this. So you saw this revitalization of an integrated approach, not just focusing on food aid, but also on agricultural R&D, focusing on support for agriculture in affected or food-insecure regions, as a way of trying to prevent this increase in instability. That led to as much as $1.7 billion being appropriated to these efforts and really led to an integrated approach. The challenge is that we’re starting to see a shift away from that in more recent policy that is a cause of concern.

So do you think that national security is a natural frame for making these connections?

I think without the frame for national security, we would not have seen that increased investment in food policy and agriculture internationally. It was really those riots in 2007-2008, that frame, that the food insecurity really is something that can lead to instability in strategic nations. That led to the increase in funding and this more integrated approach of looking at not just under nutrition and malnutrition, but integrating that with agriculture trade support and leading to a more holistic approach within the U.S. government.

That’s not an uncommon thing. You saw something similar around global health and HIV. It was really the fact that that was recognized as a security concern that led to a lot of increase in global health response. The only problem with that is as the country has perhaps turned more inward in the last couple of years, and particularly at the U.S. government, you have seen some signs that we may see less of an integrated approach and less of the full response that we’ve seen in terms of our foreign policy on food policy.

Do you see that there are other countries in the world that you think might be getting it right and using a more integrated approach?

We’re not the only ones that had that response, although the U.S. really was a leader, particularly coming out of 2007 and 2008. You see some European nations as well really having taken this nation, but they’re having these challenges as well. Populism isn’t just on the rise in the United States, it’s on the rise abroad as well.

What gives me particular concern from the U.S. perspective though is if you look at the latest budget put out by the White House, there is a 53% cut proposed to our international support for Feed the Future related activities. Really quite a dramatic shift, and it’s unfortunately happening at the same time where we really see these countries starting to be more exposed to climate shocks, more water insecure, more arable land insecure. So the timing is really a worrisome.

Changing gears just a little bit, you recently published a terrific book that is entitled Plagues and the Paradox of Progress: Why the World is Getting Healthier in Worrisome Ways. Can you tell us a little bit about this?

Yeah. A lot of it is tied to those trends I talked about at the outset. You have seen a dramatic improvement in the way that internationally we’ve been addressing infectious diseases and child deaths. In 1950, one out of five children perished before their fifth birthday in nearly a hundred countries, including virtually everywhere in Sub-Saharan Africa, South Asia, Southeast Asia. Today that happens nowhere. Infectious diseases don’t cause the majority of death and disability in any region of the world, including Sub-Saharan Africa.

That’s very good news, but it has not been accompanied by all the broader developments in governance, in youth employment, in infrastructure that you saw accompanied with those health improvements in now wealthy nations, like the United States or even like China. And because of that lack of broader development, a lot of the good things that come along with better health, like growing populations, which we talked about, less deadly cities, a shift to urbanization, a shift in health needs away from infectious and child deaths to more chronic diseases, well, these are now a recipe or potential source of instability and impoverishment instead of the prosperity that they used to be.

These trends that we talked around on agriculture, about the risks on population growth and very fast growing cities without the infrastructure to support them and this shift to chronic disease and obesity, that’s all very much part of it.

E159: Ultra-processed Foods Have Addiction Impact on our Bodies

E169: Ending Childhood Malnutrition is Within our Grasp 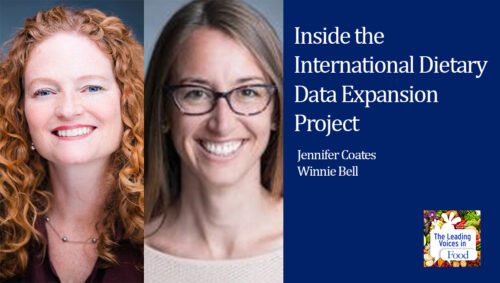 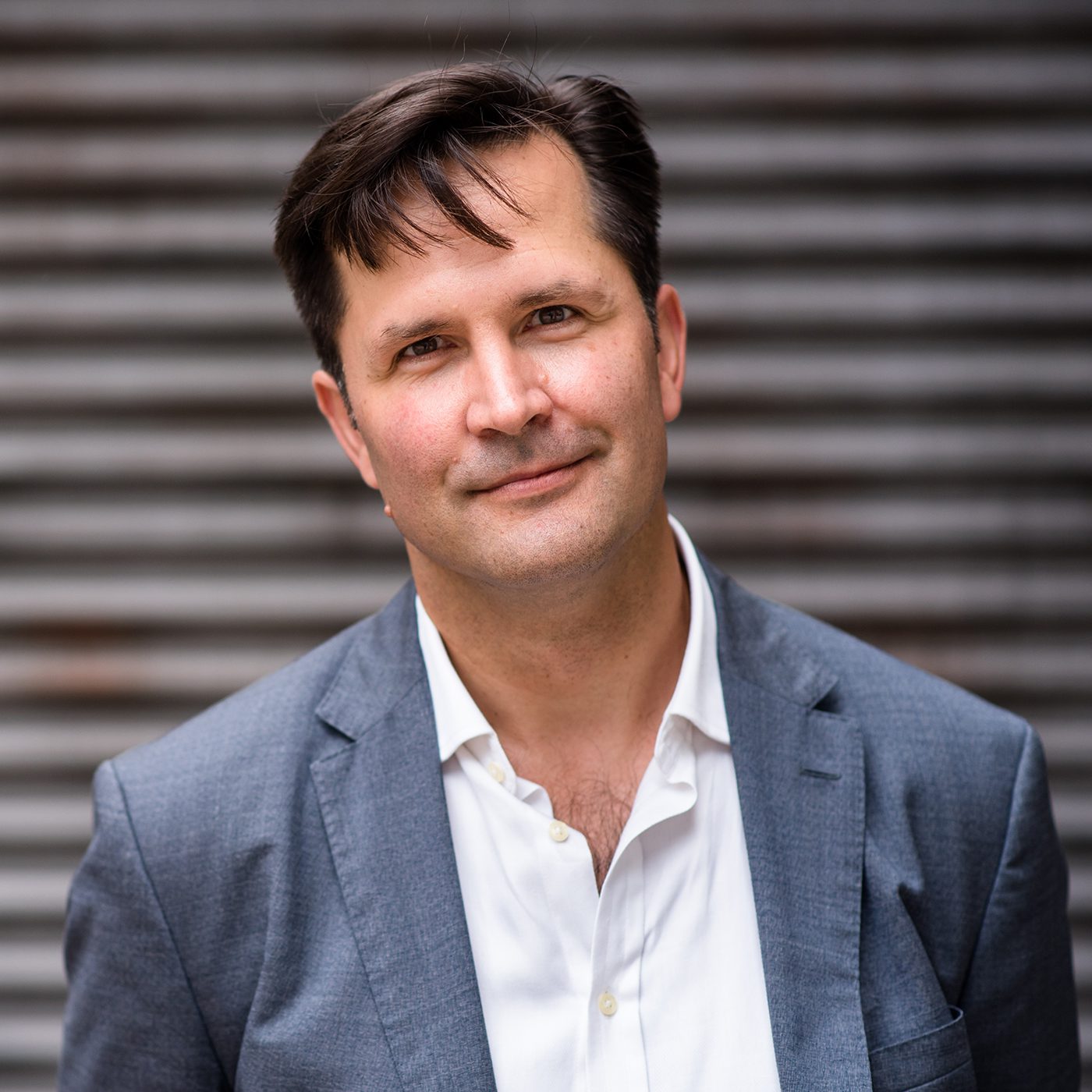 Thomas Bollyky is director of the global health program and senior fellow for global health, economics, and development at the Council on Foreign Relations. Tom trained as an attorney at the Stanford Law School, has argued before the Supreme Court, and has testified to Congress on multiple occasions.